For Christmas this year (2019), I wanted to make and print a FIFA20 FIFA Ultimate Team (FUT) card for my kids. Both play rec-league soccer and I thought it would be a fun gift for the both of them. I saw the photo of Jamie Vardy with his Premier League Player of the Month card and wanted to model it after something like that. 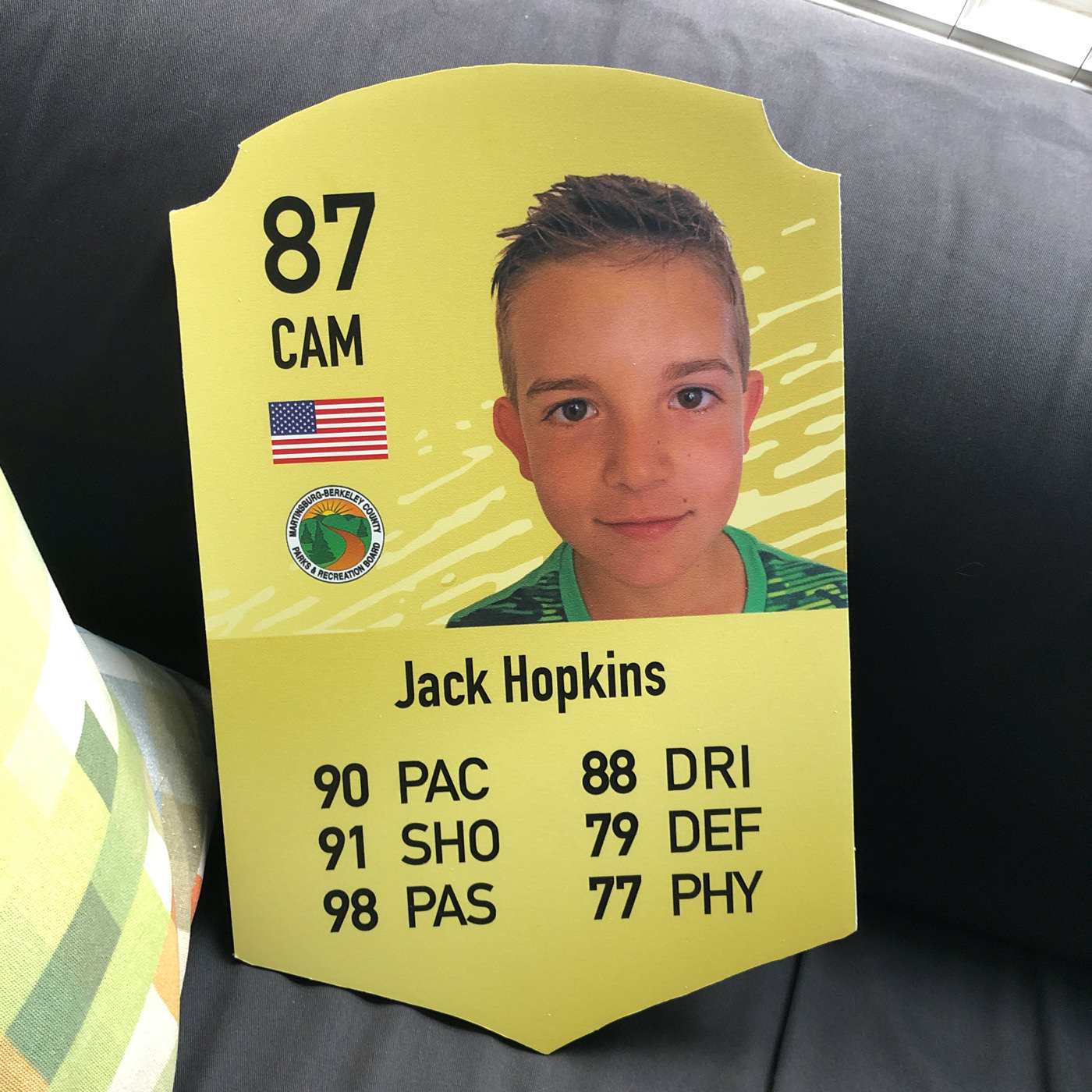 We had played with the FUT Card Creator 20 app in the past but weren’t really satisfied with the results. But, I did use the card generated by the app as a visual I could refer to for my own template.

What’s In The File?

The Illustrator file consists of five layers, one for each element of the card. Each of the layers are editable.

Because we’re using a vector file, we’re able to scale this to any size we want. I went with 12x18”. This makes it large enough to be impressive but it’s not quite as big as the version in the Vardy photo. I had it printed on 3/16” Foamcore which makes it nice and sturdy while still being able to be cut.

The total printing cost for the item was around $18.00.

The hardest part of this whole thing is cutting the foamcore. Like paper, foamcore doesn’t come in specific shapes, just the size you select (12x18” in this case), so there was a fair amount of white space around the card which needed to be cut. I really didn’t want to have to reprint this so I did some searching and found a helpful video on YouTube with tips on how best to cut foamcore. Essentially, use a very sharp knife and angle the knife to use as much of the blade as you can. I managed to hand cut the card without cutting my hand (which was a concern) and without making any mistakes that necessitated a reprint. By the time I cut the second card, I was more confident and had figured out how to angle the blade to make the best cut.

I have hosted the files on Github where you can download both the Illustrator template and / or the D-Din font that I used.

I may create new versions of the template (Silver, Bronze, special cards).

Have a question? Found this useful? Let me know at gbradwebsite@icloud.com.
jekyll-paginate Dependency Error