I’ve been a dedicated user of running products in the Nike ecosystem since the original launch of the Nike+ back in May of 2006. In that time, I’ve logged over 4400 miles using various devices, including the Nike+ iPod, Nike+ Smartwatch and now, the Nike Run Club app. It’s safe to say that I’m committed to Nike products.

On June 11, 2013 I ordered a Nike+ SportWatch GPS Powered by TomTom ($168.27). This was around the time that smartwatches were starting to come on the market. I remember wearing my sportwatch to my son’s field day and being asked if it was a smartwatch.

Initially, I used the Nike+ Sportwatch almost exclusively but, after a bad experience in which a number of runs were not synchronized properly, I began to use the watch less frequently. I still used it on occassion, primarily when I wanted to get out and run without my phone (or, when the phone didn’t have a sufficient charge). 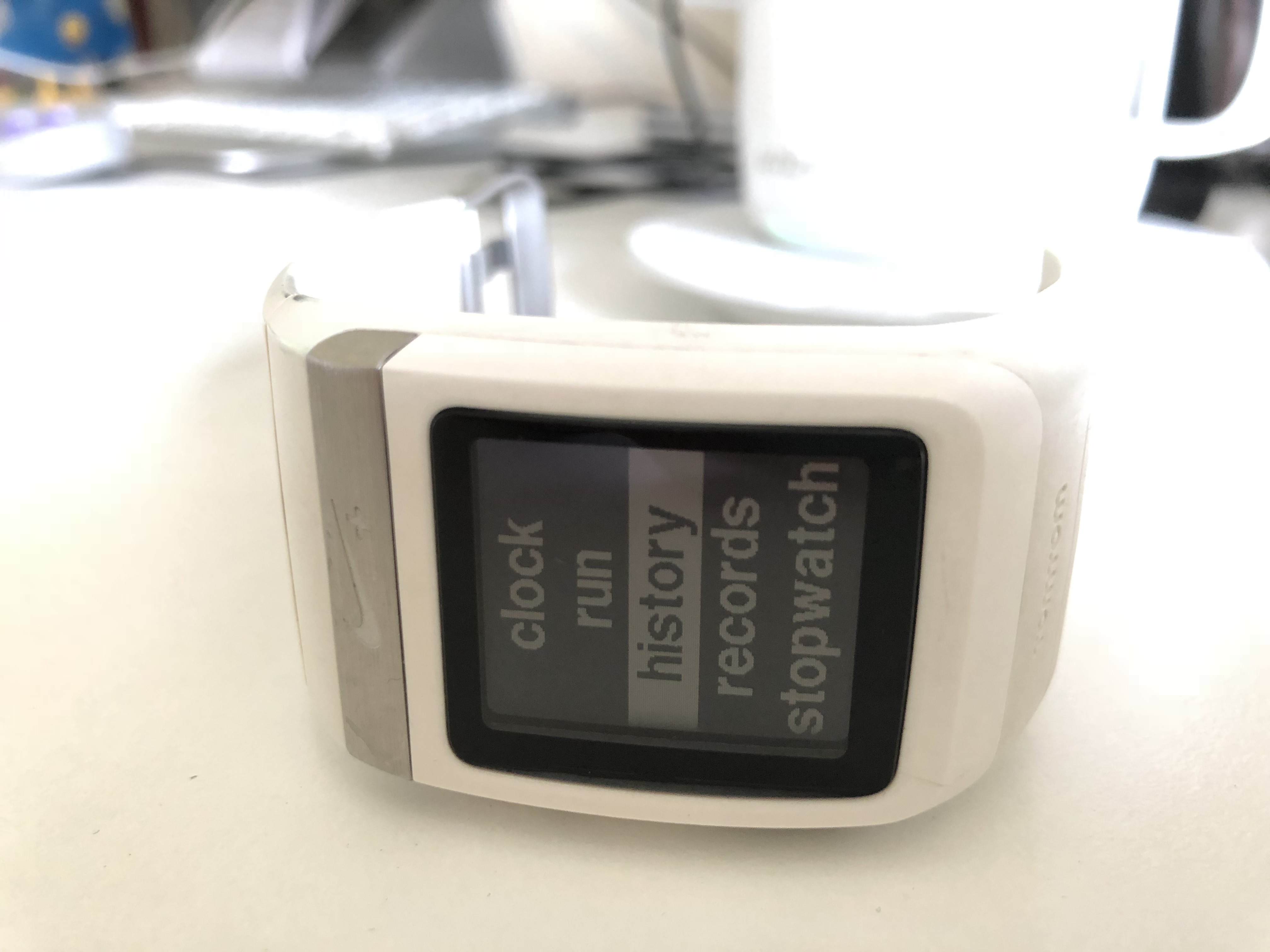 Subject: Some of our apps and devices are retiring

To provide the best experience possible, we are retiring the devices and apps listed below, effective from April 30, 2018. After that date >they will no longer sync or retain data, but you can keep tracking your runs and workouts with the newest versions of the Nike Run Club app, Nike Training Club app or Apple Watch Nike+. Thank you for your ongoing passion and support.

Visit our FAQ page for more information on this change >and how it will affect you.

The watch still works. You can tell time with it and track your runs, but they’ll no longer synchronize with your Nike account.

I guess we call this progress.